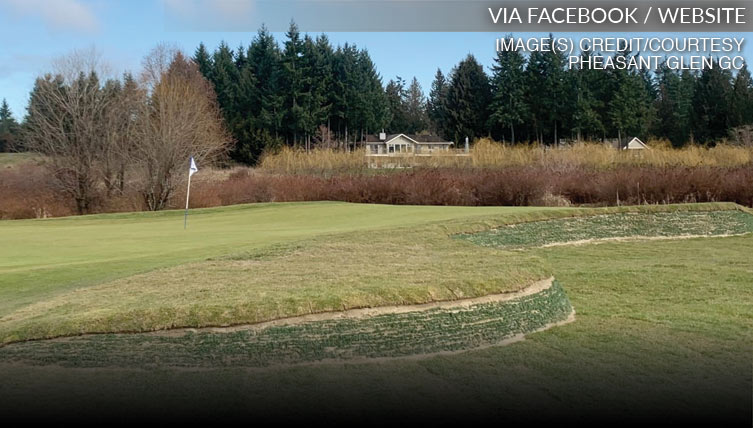 Compiled by BC Golf Staff

The co-host of the 2018 Canadian Men’s Amateur Championship has been updating their bunkering since 2020, most recently working on their fifth hole...

The changes to the green-side bunkers on the 372-yard, par-4 fifth (shown above) are representative of the decision to move to bunkers with revetted faces.

For those unfamiliar, revetted faces are created by stacking layers of sod to anchor/reinforce the face of the bunker. 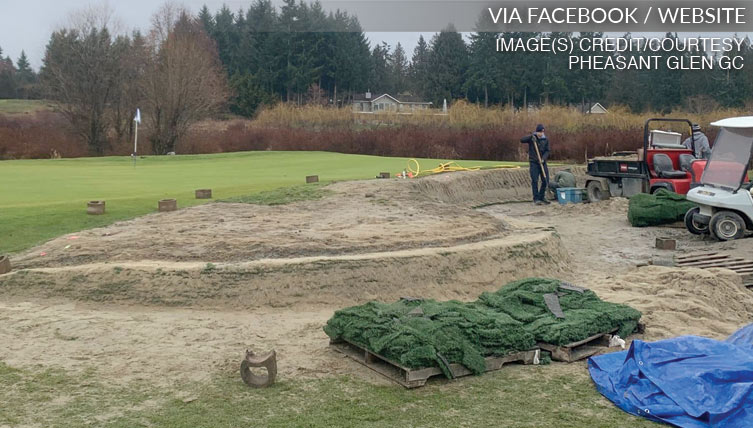 Shown Above Is The Grass Collection Area To The Right Of The Fifth Green During Renovation.

Aside from the attractive “linksy” look they provide, the revetted faces appear much more capable of dealing with the island’s rain-forest weather without being washed out.

“We have always had maintenance issues with steep-faced bunkers washing out in the rain, so [in the fall of 2020], we decided to try revetted bunkers, and they worked very well,” said Gord Melissa, Pheasant Glen general manager in an interview with the Parksville-Qualicum News last year (Read the entire article here.).

The approach was adopted after the owners saw how well they worked in the United Kingdom and Ireland.

“These places have been successful using revetted sod to fight erosion,” said Craig Dutton, spokesperson for Golf Clan Holdings in the same article.

“We have been fortunate to play golf at courses in these locations, and noticed the erosion solutions working there, which led us to consider, ‘Why can’t this work at Pheasant Glen?’”

Superintendent Kelly Jacobson and assistant Mark Sands are leading the $250,000 project with a completion target sometime in 2022. In all, approximately 15 bunkers will be replaced.

This should put the course in a great position to be ready to host the Canadian Men’s Senior Championship Tournament in 2023 (held over from 2020 when it was cancelled). They expect a high-quality field for the tournament as the winner receives an exemption into the United States Golf Association’s Senior Amateur.