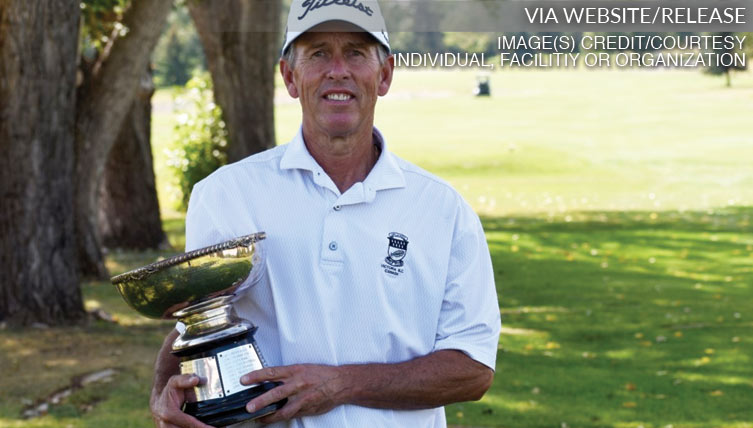 Jim Rutledge came into the 2022 PGA Seniors’ Championship of Canada presented by GOLFTEC playing hot having finished as the runner-up to Wes Heffernan at the BetRegal PGA Championship of Canada at Beacon Hall Golf Club. The two were the only players to post sub par rounds for the entire tournament. See results HERE

In the first round of the Seniors -  being held at the Connaught Golf Club in Medicine Hat - Rutledge continued his under-par scoring posting a blistering first round eight-under par 64 on the par 72 layout.

“I think the key to the game was getting out of the gate quick,” said Rutledge. “I made birdie on two and three and then made some more on five, six and seven to play the opening nine five-under. Overall, I drove the ball well, hit a lot of greens and gave myself a lot of chances.” 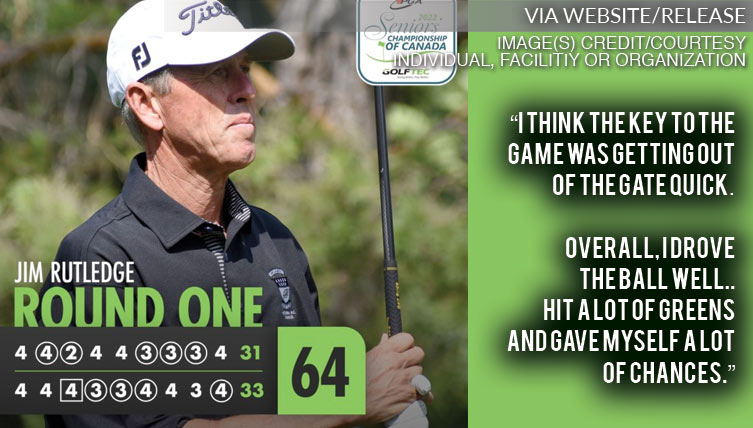 After that it was cruise control with a second round 70 and a final round 66 for a 16-under total and wire-to-wire victory… four shots clear of close friend Phil Jonas. See full results HERE

“We (Jonas and Rutledge) have played together countless times, seven or eight just in the final round, so we always have fun together and I always look forward to playing with him,” said Rutledge.

“One of the best parts of playing this event is coming out and seeing everyone. I get to play with my friend (Jim) Rutledge every year and he seems to win every year, but those are the good things,” added Jonas.

Making the final round even more special was that it was Jim’s 63rd birthday. During the awards ceremony, in addition to his trophy, he was given a birthday cake from the Connaught Golf Club membership.

Rutledge also won the two-round Super-Seniors division and took home at total of $8000 for the two wins. Add in the runner-up $8000 from the PGA Championship in June and 2023 has proven lucrative for the Uplands member.

As noted, Rutledge will now be chasing history looking to match Moe Norman’s eight victories in the championship.

Rutledge was actually introduced to the Canadian legend often referred to as the ‘greatest ball striker of all time’ by John Morgan in 1978, “We (Moe and I) played a lot of golf together over the years. I played some practice rounds with him and tournament rounds with him and definitely learned a lot.”

For more, visit the PGA of Canada website HERE