Nanoose Bay’s Shelly Stouffer Wins The Match She Had Been Waiting For; Washington Defends Its Lamey Cup Team Title As B.C. Finishes Third 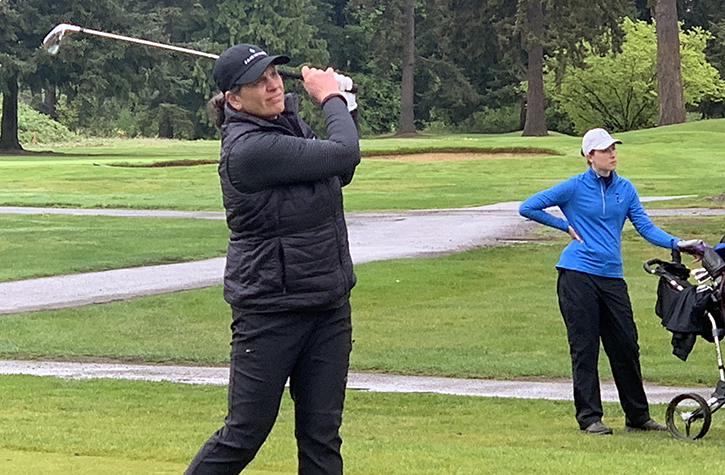 To say Shelly Stouffer was looking forward to her singles match with Oregon’s Lara Tennant at the PNGA Lamey Cup would be something of an understatement.

Quite simply, it was a match Stouffer had wanted since learning she would be a part of Team British Columbia at the 15th playing of the Lamey Cup at Bellingham Golf & Country Club.

On Thursday, Stouffer got her wish and delivered in a big way, defeating Tennant 4&3 in cool, wet conditions. “She’s the three-time reigning U.S. Senior Women’s Amateur champion,” Stouffer said after her win. “Why wouldn’t you want to play her?”

The two had almost met late summer of 2021 when Stouffer made it all the way to the semi-finals of the U.S. Senior Women’s Amateur in Alabama. Stouffer had lobbied B.C. team captain Greg Moody to get the match against Tennant.

“Had I made it past the semi-final down there in Alabama... I would have played her in the final,” Stouffer said. “It was just an opportunity you don’t want to pass up. I guess it’s kind of like Mike Weir playing Tiger Woods.”

Stouffer, a Nanoose Bay resident and reigning B.C. and Canadian Senior Women’s champion, birdied the first hole and never looked back. She had a four-up lead at the turn and went 5-up with a birdie on the 11th hole.

She closed out the match on the 15th green with her sixth birdie of the day. “It was nice to finish it off with a birdie,” she said of the downhill eight-footer she holed to end the match. 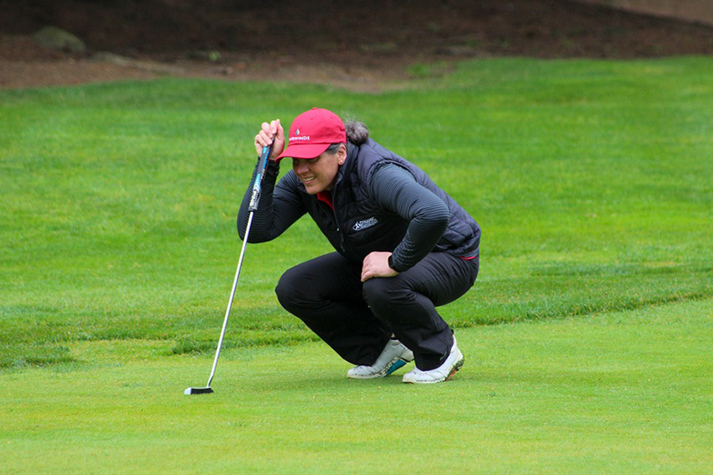 BC’s Shelly Stouffer Was Hot On The Putting Greens Despite The Cool Weather. (PNGA Photo)

“I have been playing well, shooting one-under, even, right around there. But this was crazy. I was making some putts. I love fast greens and smooth ones. These greens were great. I guess I was seeing the line well.”

Tennant had a 19-3-1 Lamey Cup record before her loss to Stouffer, who wasn’t fazed by challenging weather conditions. It rained on her parade, but it didn’t matter. “I had practised playing in the rain before coming here,” Stouffer said. “I didn’t avoid it. Even if my whole group cancelled I went out and played by myself. I figured we might not be playing in the best of weather here, so I thought I have to prepare for this and this is how I am going to do it.”

The Bellingham matches marked the return of the Lamey Cup, a Ryder Cup-style competition involving teams representing the B.C., Washington, Oregon, and Idaho golf associations, after a two-year absence due to COVID-19. 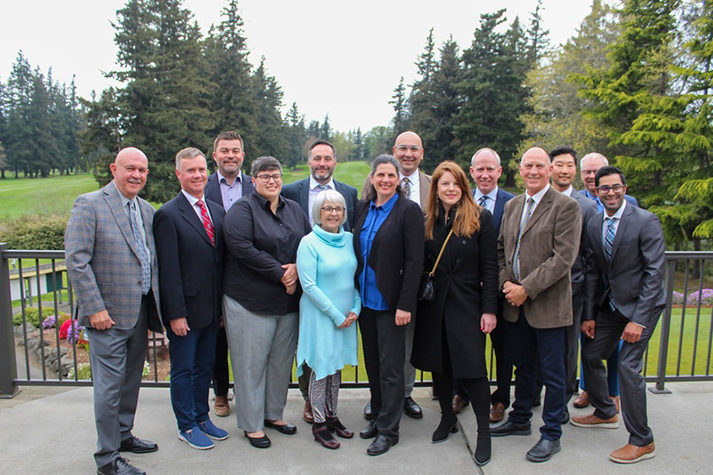 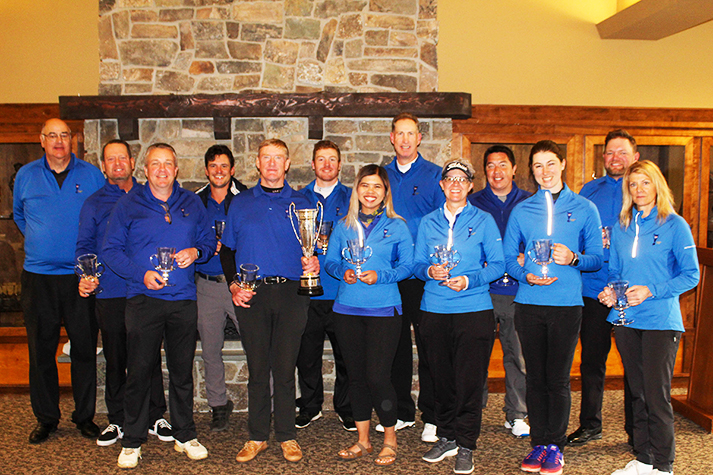 Washington, the defending champions from 2019, won again with 18 points. Oregon was second with 15.5 points, followed by B.C. with 10.5 points and Idaho with four points. Stouffer won all three of her matches to help collect three points for B.C. She teamed with Little to win both of their four-ball and foursomes matches on Wednesday.

Other B.C. players who won their singles matches Thursday included Lamey Cup rookies Aizawa, Kassam and Robertson as well as Wilson. Aizawa knocked off Jason Azzarito of Idaho 4&3, Kassam downed Lance Hendricks of Idaho 4&2 and Robertson beat Dana Christianson of Washington 2-up. Wilson won his match 1-up over Chris Boquette of Idaho.

“It was an awesome experience,” Kassam said of his first Lamey Cup. “It was cool to come together with players from all the different classes from B.C. There was a good amount of camaraderie, which I enjoyed. . .And it was great to finish it with a win today. I am pretty happy with the way I played.”

Aizawa also enjoyed his Lamey Cup debut. “It was amazing,” he said. “I don’t know many of these players so it was a lot of fun playing with them and getting to know them and even the opponents. The first day we played against Oregon and it was just a really friendly match. It was competitive and we ended up being square, but it was a pleasure to play with them.”

The 2023 Lamey Cup is scheduled to be played in Idaho. A host course has not yet been selected.

View the final scoring from the 15th PNGA Lamey Cup.